Outside Oslo the first storm of autumn is ripping leaves off the trees. Overripe plums are being strewn across the lawn by the winds. Evenings are dark once again, and in the street lights the rain resemble a flurry of tiny silver needles dashing towards the pavement.
October has arrived.
IMAGE: BARN SOM LEKER BRÖLLOP, BY EMMA EKWALL, NATIONALMUSEUM, STOCKHOLM. PHOTO BY OSAMA SHUKIR KUHAMMED AMIN FRCP (GLASG), CC BY-SA 4.0, via Wikimedia Commons
on fredag, oktober 01, 2021 Inga kommentarer: 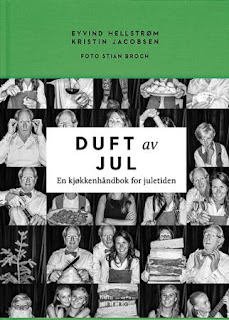 Since my husband is the Norwegian adult in the family, he always cooks a Norwegian Christmas dinner. I have gratefully sampled, praised and enjoyed it for the past 15 years, but have no idea how to make it.  Last year I was asked to bring a traditional dessert to the book club christmas party, and finally had to purchase a recipe book with Norwegian christmas foods. With plenty of options, I decided on Duft av jul by Eyvind Hellstrøm and Kristin Jacobsen, subtitled as a "kitchen handbook for the christmas season".

In it I found exemplary simplicity in its organization with five main chapters: Seasonal dishes, Christmas dinners, Side dishes, Desserts, Pralines & Cookies. Each chapter is in turn organized by main ingredient: meat, fish, game etc.

Chalk it up to good sense, good taste or good training but you will not find crossover versions such as gingerbread-spice-brownie-with-peppermint-frosting here. This kitchen duo has perfect pitch when it comes to adapting traditional flavours for a more contemporary palate. Ingredients range from humble to fancy, but each dish is well balanced, never excessive. The attention to detail is visible in every aspect but never intimidating. I grade its range of diffculty as from "beginner" (fruit salad) to "proud home cook" (pork roll with glazed peach).

The dessert I brought to the party? It was simple, but it was a success.

The first 50 pages are available as a sample read here.

You can find six recipes from the book on Hellstrøms homepage, and also  watch Hellstrøm prepare a roast pork flank (in Norwegian). 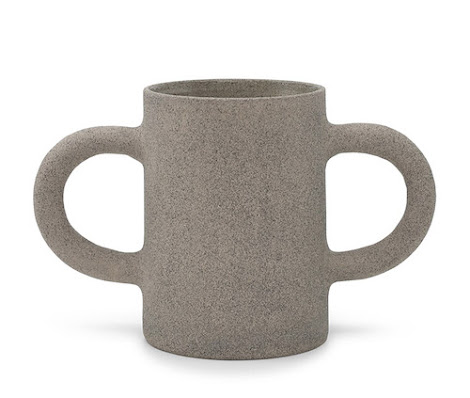 A vase that makes me happy. Handmade by Joanna Günther. Available at Designtorget. 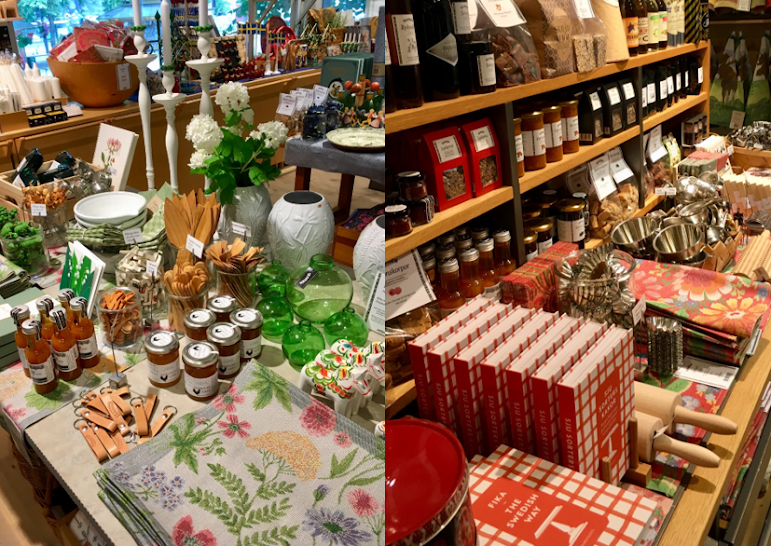 Skansenbutiken is housed in a small building, just outside the Skansen outdoor museum. I come for the atmosphere, and small Swedish souvenirs. My sons come for the old fashioned hard candies. It's not the cheapest of souvenir stores, but in return everything is genuine and well made. No plastic viking helmets, only sensible and decorative items, mostly in natural materials. They have finally re-opened their web shop after a few years offline. Pay them a virtual visit.
on tisdag, december 08, 2020 Inga kommentarer: 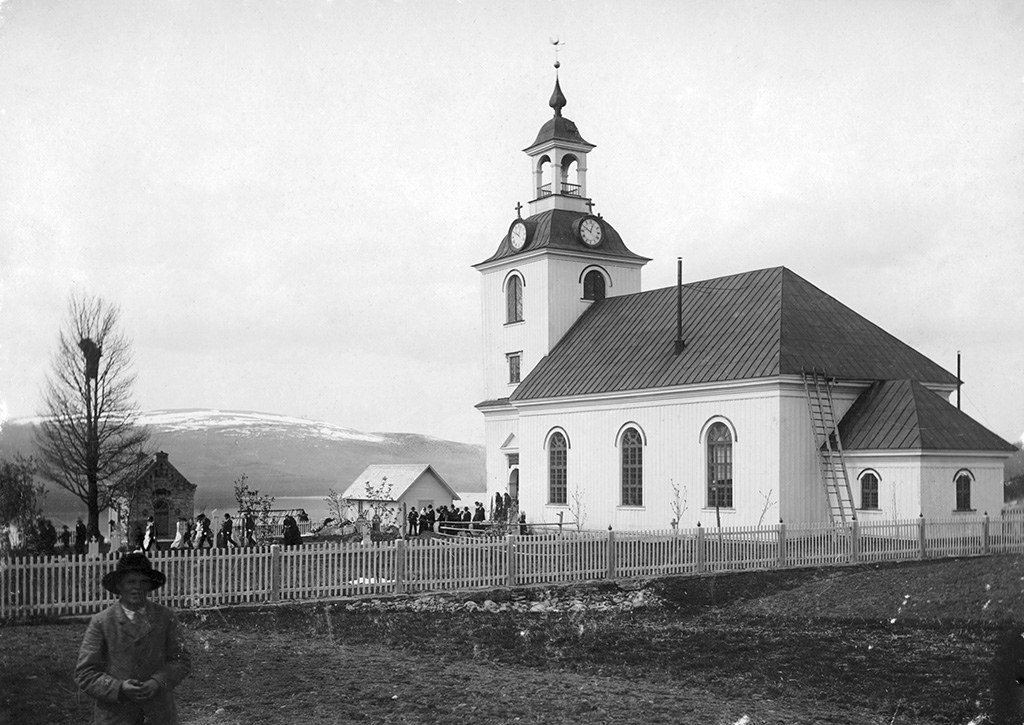 Klövsjö church, Jämtland Sweden, around 1900.
IMAGE: N. THOMASSON, FROM THE ARCHIVES OF THE NATIONAL SWEDISH HERITAGE BOARD
on söndag, december 06, 2020 Inga kommentarer:

THE NO SHOW SNOW 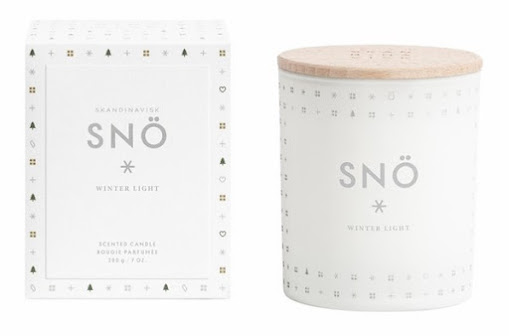 It will be a green Christmas in Oslo. We have brought out our Snö candles from Skandinavisk to keep hopes high, but the most we can hope for is a frosty scene on Christmas Eve this year.
IMAGE: PRODUCT IMAGE ILLUMS BOLIGHUS
on lördag, december 05, 2020 Inga kommentarer: 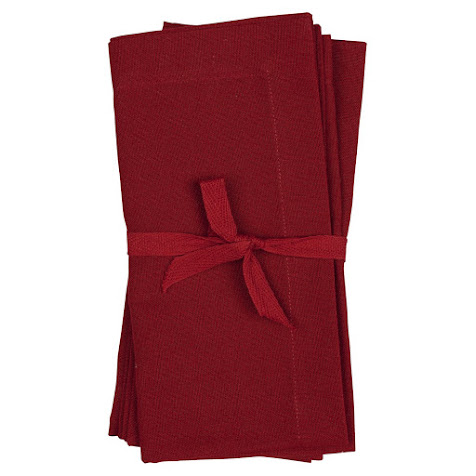 The Museum of Swedish history has a fun daily calendar on IGTV, historiskajulkalendern. They share a fun fact or story about Scandinavian christmases through history, followed by a short tutorial for a craft  that relates to the story. If you don´t speak Swedish, you can skip the story and watch the tutorial. I quite enjoy it!

WHAT IS SCANDI STYLE TO YOU?

Did you think that Scandi style is all about bright, light and stark interiors?

If that is still yout MO check out:

The past 5 years the Scandi-trends have been rich colours and pastels, a lot of pinks and plenty of brass. To see more, visit the christmas sections of: 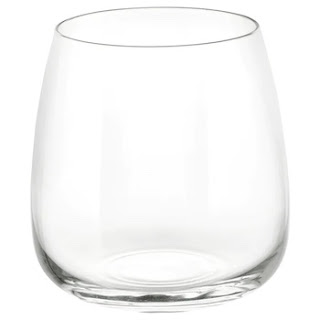 My mother has always had an affinity for Ingegerd Råman´s design, thereby introducing me as a teenager to the complexity of minimalistic design. To keep it lead-free IKEA chose crystalline instead of crystal for the DYRGRIP glasses designed by Råman.
IMAGE: IKEA PRODUCT IMAGE
on lördag, november 28, 2020 Inga kommentarer:

HAVE A WOOLLY JOLLY CHRISTMAS 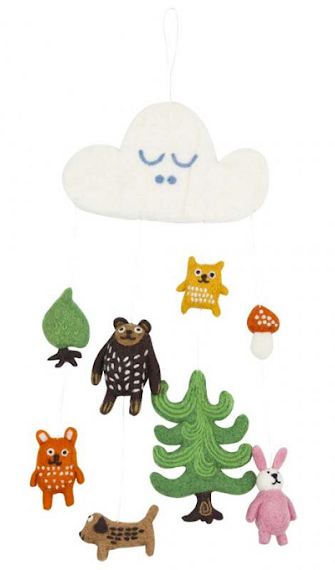 ABOUT
Welcome! I´m Anna and this is my personal mix of tradition, design and seasonal inspiration for the Scandinavian winter season.
You may borrow my own images for your non commercial blog if you link back to this page and credit this blog as its origin. All other uses of material from this blog require my written permission.
CONTACT
Inquiries via e-mail to midvintertid at gmail.com
BLOGLOVIN'